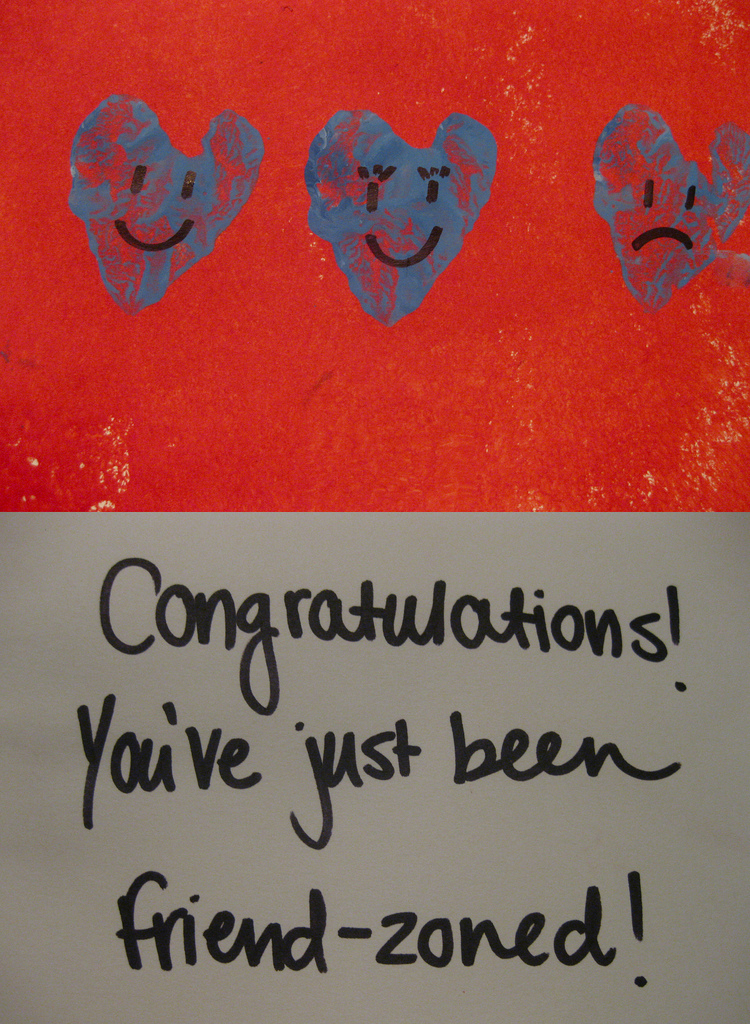 He’s attractive, kind, nice and giving, so what’s the problem? Why do we so often shut down sexually and put him in the friend zone?

Is it that we don’t really want the nice guys?   Nope.  We of course all want a nice partner.

It’s because we don’t want what someone playing the nice guy has to offer.

While most of us do want a nice, kind and giving man, we want him to be authentic.

When a man is too nice, too kind or too giving, we sense bullshit. No one is nice all of the time except for pleasers, over givers and Mr. Nice guys.

If a man falls into any of these categories, at first he might seem wonderful, but below the surface on some level he’s a liar, ultimately because he’s lying to himself.

Mr. Nice Guy is too willing to compromise and never pushes back. He’ll bend over backwards for his woman while stepping on his own self-respect. Respect breeds respect.

When a man has no boundaries and gives seemingly endlessly, there’s no container there. Container as in an edge to experience and actually feel the other. Being with Mr Nice Guy becomes boring because it’s not real.

Dating Mr. Nice Guy is stagnant. It’s like dating yourself. There’s nothing to push up against, and ultimately we don’t feel met. Being in a relationship with Mr. Nice Guy is like dancing alone with no lead.

Women don’t want jerks, but they do want some backbone. If a man is constantly agreeable, and let’s face it, NO ONE is authentically agreeable all of the time, somebody’s not being honest.

Which leads me to Pleasers. Pleasers don’t express their moods or their opinions, because they’re focused outside themselves desperately seeking approval.

But here’s where the deception ultimately resides: pleasers lie to themselves.

Pleasers tend to be so scared of losing who they want, they set their own needs aside and deny what they feel in order to, well… please.

At first it’s hard to decipher, but when we’re is in a relationship with a pleaser or overly nice guy, eventually the truth behind his actions is revealed- he’s scared and he’s needy.

Needy men give to get back versus giving from a place of truth inside their hearts.

It’s one thing to compromise within a relationship and want to make your partner happy, but it’s quite another to sacrifice your own needs. Needy men have no needs, except for the woman in front of them- you!

What first appears to be adoration and romance, soon becomes suffocating. With needy men, there’s a lack of groundedness that’s palatable because needy men aren’t truly embodied. They live outside themselves and try to enmesh with the other.  When anyone comes into a relationship needy, they’re trying to fill a void that can only truly be filled from within.  When a man comes into a relationship trying to fill a void, it can often be unresolved mother issues.  (same goes for women with daddy issues)

When a woman feels she’s being put in the position of fixing mother issues, her sexual attraction meter goes to zero.

Healthy women want to grow. We want to stretch. When we’re with Mr Nice Guy or Mr. Pleaser, we feel selfish because there’s no healthy way to match their over giving. We eventually feel stagnant because there’s no one to grow along with in life. Suddenly we feel like the man and the woman in the relationships because we’re calling all of the shots all of the time.

When we’re directing every aspect of our movie together, soon the pressure shuts us down.

So what’s the one thing needy men, Mr. Nice Guys and pleasers all have in common?

They are all over givers.

Over givers are ultimately selfish. On the surface they may appear to be easy going and kind, but there’s a dark agenda often hidden from even themselves. There tends to be an empty hole deep inside that was never tended to, healed, or self sourced.

While it’s one thing to compromise and prioritize the relationship, it’s quite another to over do all of that.

As much as men don’t want a drama queen or someone who can’t take care of herself; women want a fully embodied man who has done the work on himself and is able to fill those empty holes on the inside, by himself.

When a man learns to express who he really is, while tending to his own needs and having an opinion and life of his own, that’s when we’re attracted to them.

Men (like women) who are wounded early on in life tend to want to please in order to receive love. They don’t know their own self worth and instead identify their worth through the relationship.

Children who were neglected emotionally often grow up learning to manipulate the other for attention and love versus having healthy self-esteem and self love. Over giving, pleasing, and playing nice for love are all examples of this manipulation.

Standing there with an empty bucket and hoping to fill it through the relationship with us- does not.

It’s not that we don’t want the nice guys, it’s that we want fully embodied men holding a full bucket.

Want to dive deeper and get more clarity?  Check out an interview I did on this post with Oprah’s former producer LeGrande Green of Get Bold Radio here:

Post adapted with permission from The Good Men Project