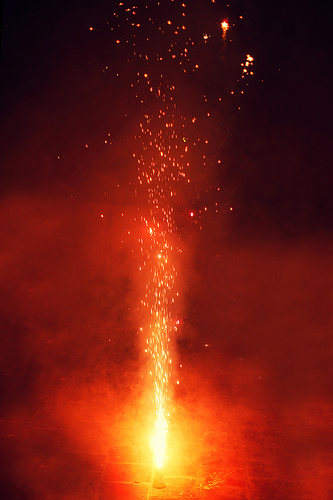 7 years ago mine did and I survived.

In a 30 day period I lost it all: my money, love, health, a baby, beloved pets, security and pride.

My boyfriend at the time broke up with me while I held the still dripping, positive pregnancy pee stick; his response to having a baby with me was to end our relationship and share that he hoped to tile his kitchen and travel that summer.

I lost the baby at 9 weeks and suffered an extreme crash of hormones.  Being in my early 40’s, I realized this was probably my last chance to have a child.

To make matters worse; 48 hours after losing the baby I learned  my bank accounts had been emptied.  I had 40 cents  in my pocket when I stood at a blinking ATM on that early July morning.

Seems someone had sued me out-of-state and due to a loop-hole in the serving process, I never received notice, and didn’t show up to defend myself.  When you don’t show up its as though you’re admitting guilt and judgements were issued – every account was emptied.

A week later, I was faced with putting my 16-year-old pet down, only to be followed by the rapid decline of my other 15-year-old pet 10 days later.  If you’re like me pets are family. This was a loss beyond words.

My health was shot and continuing to decline, my mind was a mess, my heart-broken and I had 40 cents to my name.  My father  died years ago and I had been the one helping my mother financially.

I was in my own words, lost.

Ancient cultures understood the dark night of the soul as a time of transformation.  A time when personal strength is tested and the knowledge you’ve gained over the 1st half of your life is drawn up from the depths of your being and utilized.

In this culture it’s considered a Mid Life crisis.  We get face lifts and sports cars. Couples run screaming from others divorcing, neighbors turn a blind eye as neighbors go to foreclosure, and fair weather friends back away quickly.

Instead of community support and wise elders to lean on, we’re left alone isolated by shame.  What could be viewed as a phoenix rising is considered contagious drama.

For me, only a handful of people knew what was happening while most thought I was suddenly nuts.  In the past I’d been the person others leaned on for advice and financial help.  Now I was an empty vessel without a financially secure family for support. I looked like hell and felt worse.

When I woke in the morning I wasn’t sure what to mourn; the relationship or the baby?  My 2 pets or my financial security?  My health or the fact I could be homeless in a week?  (my biggest fear in life~at this time a reality)

I became the seed that sits in the dark, damp earth waiting for spring while deciding in which direction to send up a sprout.  When life unravels, we’re all that seed needing to trust that the darkness we’re temporarily residing in, will in the end move us towards our next fertile direction of life.