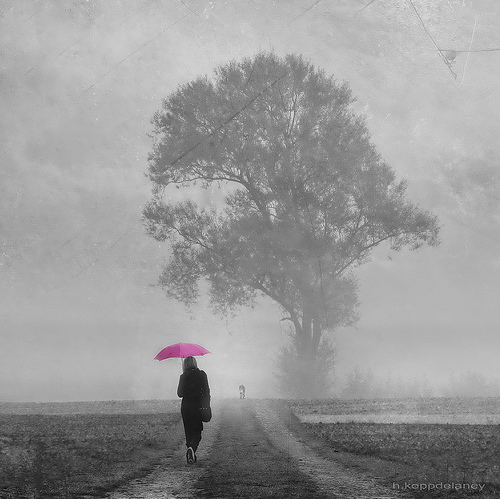 Sometimes life blows up doesn’t it? 7 years ago my own life did and I survived.

In a 30 day period I lost it all. My money, love, health, a baby, beloved pets, security and pride.

My boyfriend at the time broke up with me while I held the still dripping, pregnancy stick- his response to having a baby with me was to end our relationship and share that he hoped to tile his kitchen and travel that summer.

When I lost the baby at 9 weeks, I suffered an extreme crash of hormones. Being in my 40′s, I realized this was probably my last chance to have a child.

To make matters worse: 48 hours later I learned my bank accounts had been emptied. I had 40 cents in my pocket when I stood at that blinking ATM on an early July morning.

Someone had sued me out-of-state and due to a loop-hole in the serving process, I never received notice and didn’t show up to defend myself. When you don’t show up, it’s as though you’re admitting guilt and judgments were issued – every account was emptied.

7 days later, I was faced with putting my 16-year-old pet down, only to be followed by the rapid decline of my other 15-year-old pet 10 days later. If you’re like me pets are family. This was a loss beyond words.

My health was shot and continuing to decline, my mind was a mess, my heart-broken and I had 40 cents to my name. My father died years ago and I had been the one helping my mother financially. I was in my own words, lost.

Ancient cultures understood the dark night of the soul as a time of transformation. A time when personal strength is tested and the knowledge you’ve gained over the 1st half of your life is drawn up from the depths of your being and utilized.

In this culture it’s considered a Mid Life crisis.

We get face-lifts and sports cars. Couples run screaming from other couples divorcing, neighbors turn a blind eye as neighbors go into foreclosure, and fair weather friends back away quickly.
Instead of community support and wise elders to lean on, we’re left alone isolated by shame. What could be viewed as a phoenix rising is considered contagious drama.

For me, only a handful of people knew what was happening while most thought I was suddenly nuts. In the past I’d been the person others leaned on for advice and financial help. Now I was an empty vessel without a financially secure family for support. I looked like hell and felt even worse.

When I woke in the morning I wasn’t sure what to mourn: the relationship or the baby? My 2 pets, or my financial security? My health or the fact I could be homeless in a week? (my biggest fear in life–at this time a reality)

Have you ever experienced your life falling apart all at once? If you’ve been there or find yourself there right now, you’ll know what I mean. Sometimes during our darkest hours, a great light awakens inside and heightens our awareness.

I learned many things during that time, most of all I learned what true happiness was and how to actually be happy–happy when there was nothing outwardly to be happy about.

• If you’ve always been the strong one other people lean on, there’s a lot of growth when you ask for help. I learned who my real friends were and I learned I was loveable even when I wasn’t perfect. Had it gotten to the point of my moving in with family or friends, I know there would have been growth.

• The thought of selling everything and starting over was in a tiny way freeing. I realized nothing material mattered. My only fear was losing my remaining 2 pets if I had to couch surf.

• Because I tried to hide my pain by going to dinner with friends while pretending I wasn’t hungry since I had no money to spend– I learned who truly cared and who was in tune with my subtle changes. Lucky for me, a friend handed me a small amount of money unsolicited to get by while I got my head on straight. Her generosity helped me truly understand  the phrase: While you may only be one person in this world, you may be the world to one person.

• In business, I’m required to be clear and strong. You can’t be broken and effective at the same time so I learned how to: fake it until you make it. By faking my strength, even my smile, I slowly felt like myself again.

I witnessed the miracles of the universe as suddenly those cereal boxes and toothpaste samples coming free in the Sunday paper were valuable. With the help of my friend, I was able to cover my rent long enough to start billing in my business even though extras weren’t an option. Gone were the monthly hair salon trips, extras like cable, Internet and dog treats.

• I realized how wasteful I had been with food, clothing, and coffee shop stops. I rode my bike a lot that summer without gas money and reasoned with my car loan and insurance agents for reduced monthly payments– while witnessing the kindness that comes when we admit defeat.

• Each morning I forced myself to think of 3 things to be grateful for before letting my feet hit the carpet. If I didn’t do this, I would begin my day in the depressed way I had ended the night before. Soon I began doing this before bed and found that nights got easier.

• When the magnitude of my situation would hit mid day, I forced myself to get outside, go for a walk and notice something beautiful. When life is bleak even the smallest gifts like the song of a bird or color of the sky can jar you up a notch.

• I listened to or read something inspirational daily. I couldn’t control the world around me but I could control my inner emotions. Yes I cried a lot, but I balanced those moments with what I was grateful for and kept moving towards what I wanted~stability again.

• If I felt desperate and scared, I would imagine my worst case scenario: I would loan my dog and cat to people I trusted and couch surf, I would go on antidepressants, I would ask a friend if I could share dinner with them.

• All of the issues you’ve been hiding behind with your job or your money or your relationship are out there in the open.

• In the middle of the night, I learned to pray for help and finally learned to listen for the answer.

I became the seed that sits in the dark, damp earth waiting for spring, deciding in which direction to send up a sprout.

When life unravels, we’re all that seed needing to trust that the darkness we’re residing in temporarily, will in the end move us towards our next fertile direction.