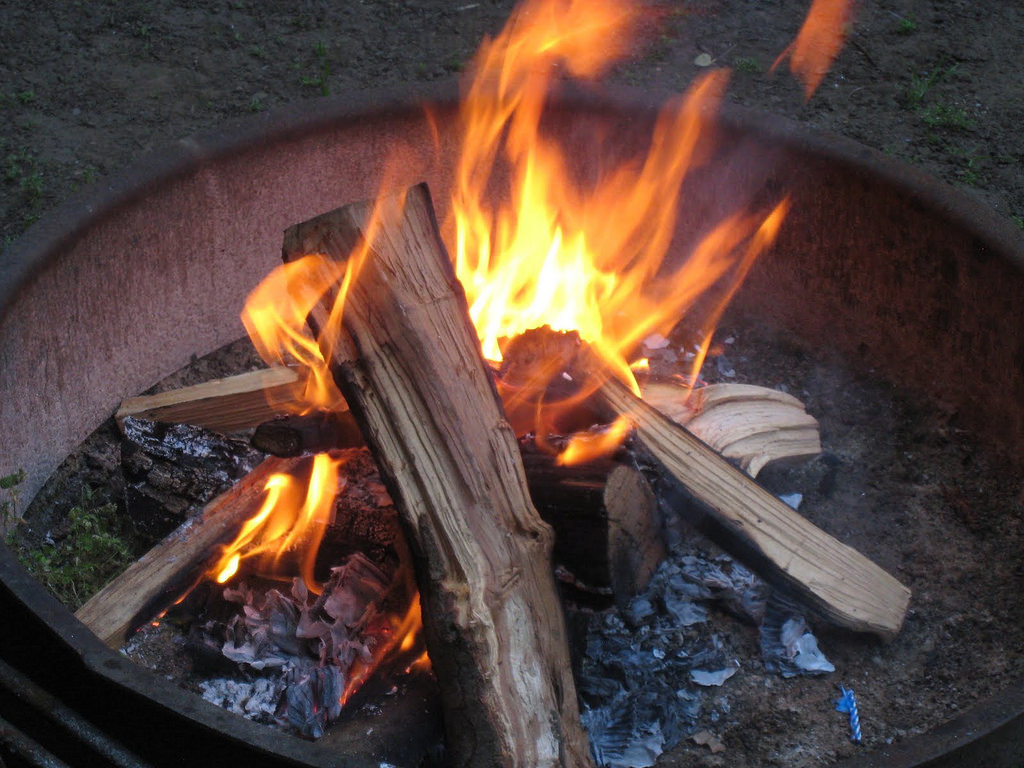 I’m sitting here in front of a fire much like the one above with a laptop upon my lap, realizing we’re within a few hours of Autumn Equinox here in the Northern Hemisphere—a time of transition.

Traditionally Autumn is a time of abundant color, pumpkins and squash, heartier harvest meals, and cozy sweaters, yet too often we forget that it’s also a time of fertile transition.

As I sit here in the darkness of the cool night with my face lit by fire, I smell the crinkled leaves around me and hear the sound of crickets singing out their final goodbyes to summer.

I’m reminded that we’re coming full circle again. Even though we’re in the middle of harvest season, something is dying, and we’re heading full force into the darker nights of winter.

Trees are pulling chlorophyll from their leaves, bushes are celebrating their now shriveled flowers with bursts of berries, and the sun is starting to give us less and less of his attention.

For me—grief, sadness, shame, and guilt arise. Not because I’ve done anything wrong, but because some potent potential arrived upon my doorstep today and I’ve reverted back to old beliefs and patterns of unworthiness.

For a fleeting moment I found myself celebrating the possibilities, yet in my next breath, I felt familiar negative feelings I’ve carried since childhood.

So I catch myself. When something good starts to unfold for me, I’ve learned to breathe through the rising emotion of fear. If I don’t, I drop the ball, give up and throw in the towel.

You see it’s easier for a lot of us to fall back into old patterns when life starts to get good.

It feels safer to expect hard times because we’ve been conditioned by well-intending parents, television, and books to expect less for ourselves and to play it safe.

We strive for our dreams, working our asses off, and then when the universe starts to deliver something, we say to ourselves: “Oh, this can’t be. I don’t deserve this….there must be some mistake.”

But we DO deserve goodness in this lifetime. We’ve just bought into the cheap belief that we don’t- or that we can’t.
According to Psychology Today, Behavior is said to be self-sabotaging when it creates problems and interferes with long-standing goals.

When deep potential arrived upon my doorstep today, I marveled at her abundant possibilities, yet immediately felt the guilt and shame of old beliefs arising.

As I sat there listening to the crackling fire, I remembered that all familiar things must die—even things we’ve clung to since childhood—familiar things that while toxic, have remained comfortable.

So now as fall wraps her dark abundant cloak of change around me, I throw it all into the fire. I write those beliefs down on paper and throw them into the flames to be consumed by a wisdom older than any of us.

I watch the sun crawl across the sky during these ever-shortening days and I’m reminded that like the light, these memories too shall pass. These voices in my head that I, like so many of us carry, will fade in time as I distance myself each time they arise.

Nature makes us endure the darkness of winter before the dawn of spring, and we must remember that old beliefs must die before new dreams are born.

Before the harvest of good in our lives, something old and toxic must die. Death is around the corner waiting for payment. Death is a fertile compost transforming demons to fertilize hopeful spring moments leading to abundant summer dreams.

So my hope is that you join me in using this fertile time of year to celebrate the ceremony of fall all around us.

Cast into the crisp winds what no longer serves you and remember to leave behind your self-sabotage like an old season, so that it too can become the fertile compost of your future.

For more information on Self-Sabotage

For more information on Ritual

For information on the Winter Solstice
Campfire via photopin (license)